It’s just before 9 p.m. local time when I arrive at my hostel on 11th street in Washington DC. Things haven’t really worked out so far. For starters, I was supposed to arrive in Washington early afternoon, but upon check-in at Amsterdam Airport, I was told that the flight was ‘overbooked’ and that I could not board. After a while I was put on a later flight with a transfer in Paris. I had to run to catch that flight and once on board, a flight attendant told me that my luggage was not registered as ‘loaded’. After the transfer in Paris and the long, tiring flight to Dulles International Airport, it turned out that my luggage has indeed not come with the same flight. It’s still in Paris and will be sent on the next flight, the following day.

The next morning the weather is a beautiful sunny autumn day. After a typical Menno-in-America breakfast (fresh sesame bagels and a coffee of the day at Starbucks) I walk down K street towards the Potomac river. My first impression is that of a city with wide streets (more like boulevards), wide sidewalks and lots of greenery. Squirrels are hopping all over the place. Before arriving at the Potomac, I walk past the famous Watergate complex, which was broken into in 1972 by President Nixon’s re-election campaign staff. Unfortunately for them, two young, ambitious investigative journalists looked into the incident, which ultimately led to the president’s resignation. Next to the Watergate complex is the ‘John F. Kennedy Memorial Center for the performing arts’, a sleek building.

There are two ways to explore Washington DC: on foot and by bike, and I’m doing the latter. I rent a bike and ride along the Potomac towards the Arlington Memorial Bridge. I stop at the imposing Lincoln Memorial, which has its back to the Potomac and its front to the Mall. From the Lincoln Memorial you have an amazing view over the Mall, with the Reflection Pool and the Washington Monument in the background. A beautiful sight. Next I bike to Arlington Cemetery. With its expansive lawns with white crosses, Arlington is reminiscent of the American cemeteries I visited in Normandy. I’m here to visit the grave of John F. Kennedy. It is a sober grave with plaques for Kennedy himself, his wife and two small plaques for their two children who died prematurely. There is also an ever-burning flame. It is an impressive moment to stand here at the grave of this famous, charismatic and prematurely deceased president.

I bike back to the river and turn right onto the George Washington Memorial Trail, a pedestrian and bike path that runs right along the river. From here you can see how ‘flat’ Washington DC is. No building is taller than 12-15 stories, only the Washington Monument towers over all the low-rise buildings. When I cross the river again, I come to the Thomas Jefferson Memorial. In a colonnaded gallery is a huge statue of the third president of the United States, with quotes from his famous works on the walls of the gallery, including of course the Declaration of Independence. A little later I pass the Franklin Delano Roosevelt Memorial. This time no marble columns, but an entire park with dark brown walls where you are kind of guided through the four terms of Roosevelt’s presidency. Quotes from the president carved into the wall comemorate the longest-serving president of the United States (Roosevelt was elected a record four times, but died during his fourth term).

On my second day in Washingtin DC I walk south via 11th and 10th street. First I pass Ford’s Theater, where President Lincoln was assassinated. Inside the old theater, the balcony where the president was sitting when he was shot features his photo and the American flag. It’s a historic site that has been preserved in this way for more than a century. Then I walk past the J. Edgar Hoover Building, the headquarters of the FBI. Just to be sure, I ask the guard if I can take pictures here, which is allowed. My next stop is the National Archives of the United States, like many buildings here, a stately building with large columns. Inside are the original copies of the Declaration of Independence, the Constitution and the Bill of Rights, the historical documents that form the foundation of the United States. I also stop at the Old Post Office Pavillion, an impressive building that now houses some souvenir shops and restaurants, and Union Station, an old station with an impressive Main Hall.

To a large extent Washington DC is about monuments and museums, so the next day I visit the National Museum of American History. This museum is part of the Smithsonian Institution, which operates no fewer than eight museums on the Mall. In the museum you are guided through American history. I think the section on American presidents is especially interesting. The original Star Spangled Banner is also on display, the American flag (then with fifteen stars and fifteen stripes) that inspired the writing of the American national anthem of the same name. The huge flag is in a laboratory, where it is carefully preserved. I also come across ‘teddy’s bear’ in the hall. Never knew the teddy bear was named after former president Theodore Roosevelt’s stuffed animal. A bit sad alone in a display case is the one and only original Kermit the Frog. All American history 🙂 . After lunch I cross the Mall to the American Holocaust Memorial Museum. This museum impressively shows the rise and fall of Nazism and everything it led to. A lot of confrontational visual material that is partly not visible to children (and rightly so).

Of course I go and see the White House. The streets around the White House are closed off, but I ca walk up to the gate, while police officers keep an eye. Then I walk over the Mall (where the autumn colors form a beautiful backdrop) to the Vietnam Memorial. Why it was so controversial at the time it was commissioned is still not entirely clear to me. I think the memorial is magnificent; a striking black granite wall sunk like a crack in the ground (a wound in American history) and contains the names of all (tens of thousands) of the fallen. The Korean War Veterans Memorial is much more traditional with its statues of soldiers. I also walk along the Mall past the main building of the Smithsonian Institution, also known as ‘the castle’. And of course, the imposing Capitol Building at the end of the Mall is also not to be missed. Together with the White House, the Capitol is the political center of the United States and the symbol of America’s global power. I get a (free) ticket to see the inside of the building as well. Behind Capitol Hill are the Supreme Court, another historic institution, and the buildings of the Library of Congress, the library with the largest collection in the world. Of the latter, I visit the classically designed Jefferson Building.

On my last day in Washington DC I walk over to the Washington Monument on the Mall and get a ticket (free, like everything here) to go to the top of the obelisk. From here you have a panoramic view of all of Washington DC in four directions. Absolutely worth it.

The next morning I pick up my rental car and half an hour later I leave DC is behind me. Via Interstate 66 I enter the state of Virginia. The village of Front Royal marks the start of the Skyline Drive, a road that cuts through Shenandoah National Park, over the Appalachian Mountains. This Skyline Drive is my destination for today. Unfortunately the weather is very changeable and mostly cloudy. The road winds up the mountains, with regular lookouts offering great views of the Shenandoah Valley on one side and the Blue Ridge Mountains on the other. This park is the most beautiful in the fall (that’s why I wanted to go there now), the leaves on the trees are beautifully colored red, yellow and brown. On the higher parts of the road (which is roughly between 2,000 and 4,000 feet altitude) there is snow. I’m barely in the park when I spot two black bears on the side of the road. I stop and drive back a bit, but the bears are aware of that and quickly run away. From a distance they look for a while if I am following them and then they disappear. Very cool to see bears in the wild! A little later I come across a number of deer, which are less quick to run away.

In the afternoon I arrive at Big Meadows, about halfway down the Skyline Drive. There is a campsite here, which is very quiet and where some people dare to pitch their tent despite the cold (note: there is snow!). I plan to sleep in the car, which later turns out to be just as cold… But first I decide to go for a walk and hike up the Lewis Falls Trail. This trail runs through the forest on unpaved paths. I’m all alone here and all you hear is my footsteps in the snow and on the fallen leaves. It’s treacherously slippery here and there and a few times I have to clamber over fallen trees. I don’t know how long the trail is exactly, but when I finally return to my car, I have walked for almost 2.5 hours.

After a very cold night I get up early and drive a little further south on the Skyline Drive. The South River outlook turns out to be a perfect spot to see a beautiful sunrise. Then I drive north again. I regularly have to slow down for deer. The weather here is really fascinating. One moment the sun brings all the autumn colors to life, the next moment you are a lot higher and you can take pictures of snow and frozen branches and bare trees. Both make for beautiful photos. In the course of the afternoon I return my rental car at Dulles International Airport and check-in for my flight back home. And that concludes my trip to Washington DC and Shenandoah National Park. 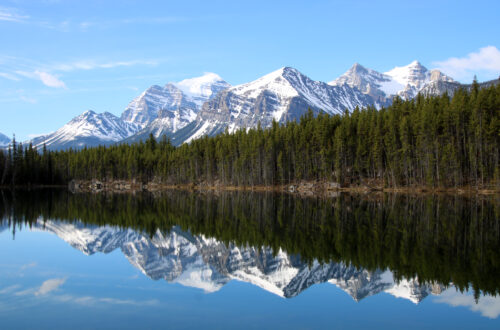 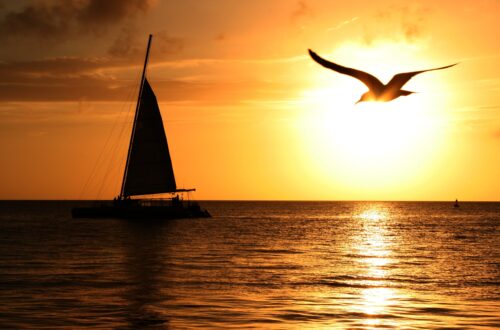 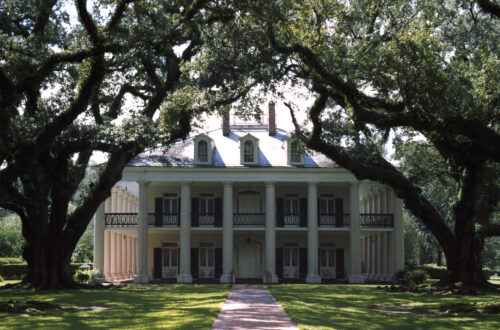