After a flight of more than ten hours (including a stopover), I land at JFK International Airport. Had a good flight, killed time with my travel guide and a movie. Passing customs is easy. I don’t have to open my bags (while as a backpacking, young man from the Netherlands traveling alone, I’d think I belong to the target group), just have to answer a few questions (what I’m coming to do, how long I’m staying and what kind of work I do…). After the customs officer has firmly put a stamp on the form that I had to fill in on the plane, he tells me: “Welcome to the United States!” Yes!

Luckily my bag has arrived as well. In the hall of JFK I find an ATM and a counter where I can book the ‘super shuttle’. A minivan takes me and six fellow passengers to Manthattan, a drive that still takes an hour. My first images of New York City are anything but what you think when you say New York City. A wide expressway surrounded by some businesses and apartment buildings. In other words: a highway to a big city like you find everywhere. The boy next to me remarks that “this isn’t the prettiest side of New York.” A fellow resident of the city nods in agreement.

Over the road I notice signs saying “Buccle up New York. It’s the law!” As we drive over a bridge over the East River, the New York skyline suddenly looms up. While the buildings in the ‘boroughs’ were just as wide as they were high (by New York standards, so low), in Manhattan the lines mainly run vertically. They look like a bunch of upright matches. The Empire State Building and Crystal Building tower above everything, while I’m very aware that the Twin Towers are missing. It’s a view that I know from magazines and television, but then again different because now I also see the (less beautiful) environment.

On my first day in New York I buy a metro card, with which I can take the subway unlimited for the rest of the week. My first ride takes me to Columbus Circle, from where I walk down Broadway. Moments later I’m standing at the famous Times Square. Lots of traffic, neon signs and tourists. I continue to 42nd street, which I then walk down, past (and through) the beautiful Public Library, Briant Park and Grand Central Terminal. I also visit the Gugenheim Museum. The building is beautiful, and I like the collections with Malevich, Monet, Picasso, Cezane and others. I like the surrealistic image and sound event by Matthew Barney less though.

After the Gugenheim I take the metro towards Canal street, where my travel guide has mapped out a walk through Chinatown. Because the metro shoots past Canal Street station for no reason, I have to walk a bit before I find myself in the middle of the Chinese neighbourhood. A number of blocks show nothing but exuberant Chinese billboards. The language spoken here is Chinese, even the street signs are bilingual.

The next day I sleep in and then I take the subway to Times Square, from where I walk through the rest of Midtown. Pass Rockefeller Center and St. Patrick’s Cathedral. I also visit Strand Bookstore on the corner of Broadway and 12th street, where they have an impressive number of books. The subway takes me from Lexington Avenue to Union Square. After having a cup of coffee I walk over to the cemetery on Stuyvesant street. In this far from touristy spot is the grave of Peter Stuyvesant, the last governor of New Netherland. It takes a while, but then I find the grave. It is part of the path that runs along the church wall; these days Stuyvesant is walked over quite a bit…

My third day in New York is one to be thankful for. The weather is great and I’ve declared it the ultimate NYC highlights celebration day. 🙂 I take the subway to Battery Park, on the southern tip of Manhattan. From here the ferry departs to the Statue of Liberty and Ellis Island. After an extensive bag check and fortunately a short queue of people waiting, the ferry leaves for Liberty Island. Beautiful views of Manhattan! Lady Liberty makes a big impression on me. I thought she would stand firmly on her pedestal, but no, she leans casually on her left leg, right foot loosely back (a detail I noticed). Then to Ellis Island, where the immigrants arrived between 1880 and 1924. Impressive photo exhibit in the museum, commercial fast food and many tourists outside.

After enjoying the New York skyline again on the way back, I take the metro uptown to the southern tip of Central Park. I walk through a part of the park, which is really huge. What is striking are the many baseball grounds that have been laid out on the lawns and which are used a lot. The park is crowded on this sunny day. Nice to see this famous park in real life. After relaxing in the sun for a while I walk over to another highlight: the Empire State Building. The elevator shoots at ten floors every five seconds (!) to the 86th floor. The view from the observatory deck is amazing! You can see all of New York City, from Brooklyn to Ellis Island and from Lower Manhattan to The Bronx. The yellow cabs down in the streets look like ants, the skyscrapers of lower Manhattan look like Lego and Central Park is like a green postage stamp. Awesome!

When I’m at street level again, I walk back to Central Park, where I enjoy the balmy summer evening. There is plenty of jogging, cycling, skating and walking the dog around me. Although NY is a huge city (eight million inhabitants), the subway makes everything seem relatively close. It is only when you start walking that you notice the vastness, although this is the best way to explore the city. Gradually I start to get to know the city a little bit: the sights, the sounds, the streets, the atmosphere, the metro lines, the food. And slowly I’m beginning to understand why New Yorkers are so proud of their city.

The next day I take the subway to Chambers street. This is near the WTC site. A big gap between all the high-rise buildings. When I walk there, 9/11 comes back to my mind. A large sign on the facade of a building says: “The human spirit is not measured by the size of the act, but by the size of the heart”. Surrounding buildings are still damaged or partially wrapped. Plaques commemorate the killed rescuers, visitors have written slogans on information boards (“God bless”, “We will remember”). Being here and the memory of 9/11 moves me. Very impressive.

Next I go to Greenwich Village and SoHo. Greenwich Village is a ‘historic district’ where many former warehouses have been converted into apartments. I love the sight of those brick facades with fire escapes in front. Nowadays, many trendy shops and art galleries are located at the first floor of these buildings. Greenwich Village looks and feels like a village, a village in the midst of a metropolis, that is. After Greenwich Village, SoHo is a bit disappointing. A bit more of the same actually, albeit that there are many expensive and if possible even trendier shops here.

I sleep in again the next day and after having coffee I want to visit the International Center of Photography. But when I get there a friendly lady tells me: “Sorry, we’re closed right now, we’ll reopen on Friday”. Damn, there goes my plan. As an alternative, I go to the Metropolitan Museum of Art. The ‘Met’ is really too big to see in one day, if you wanted to. I spend three hours at the museum, sticking to 19th century impressionists, Rembrandt’s self-portrait and (fortunately here too) a few very nice photo exhibitions.

In the evening I have dinner at Katz’, the famous diner from the movie When Harry Met Sally. Diners are a typical American phenomenon so I feel I must eat at one during my visit and Katz’ is a very well-known one. On the walls are pictures of celebrities who have eaten here before me.

The next morning I walk about lower Manhattan. Past the Equitable Building, Wall street (named after the northern defense wall of New Amsterdam), the New York Stock Exchange (commonly called Wall street but actually on Broad street), Federal Hall, the Customs House and the place where the old Dutch Stadt Huis (city hall) stood. In the afternoon I continue past Cityhall and the United States & New York Courthouses.

One thing I notice during all these walks is the security in New York City. Helicopters are constantly circling above the city and a striking number of police can be seen on the street. And then the flag display. On buildings, bridges, facades (also of houses), cars, in shop windows, on jackets, you can hardly look anywhere unless you see one or more stars and stripes. An effect of 9/11 I think. Through European eyes an exaggerated kind of patriotism, but I like it, such a symbol that unites all Americans. What also strokes me is that the people are very friendly (in general) and there’s a friendly atmosphere everywhere.

On Saturday morning my citytrip to New York City comes to an end. At noon, the super shuttle comes to pick me up to go to JFK. My week in New York has been a wonderful experience that I wouldn’t have wanted to miss for the world. 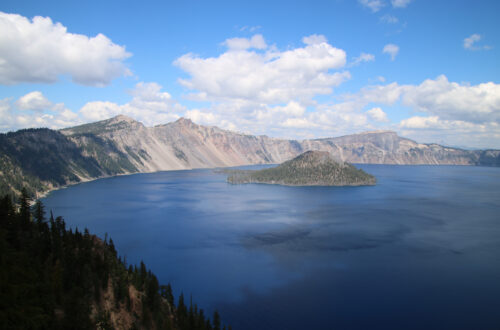 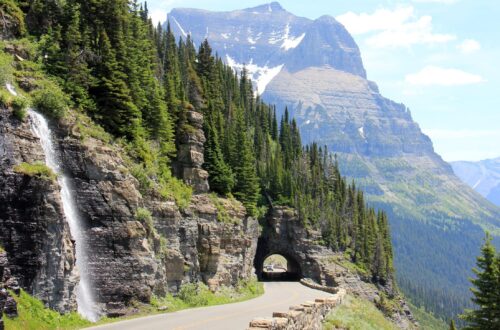 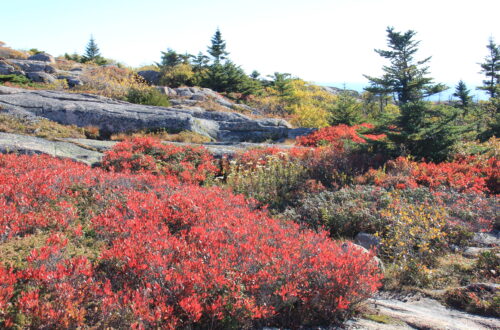