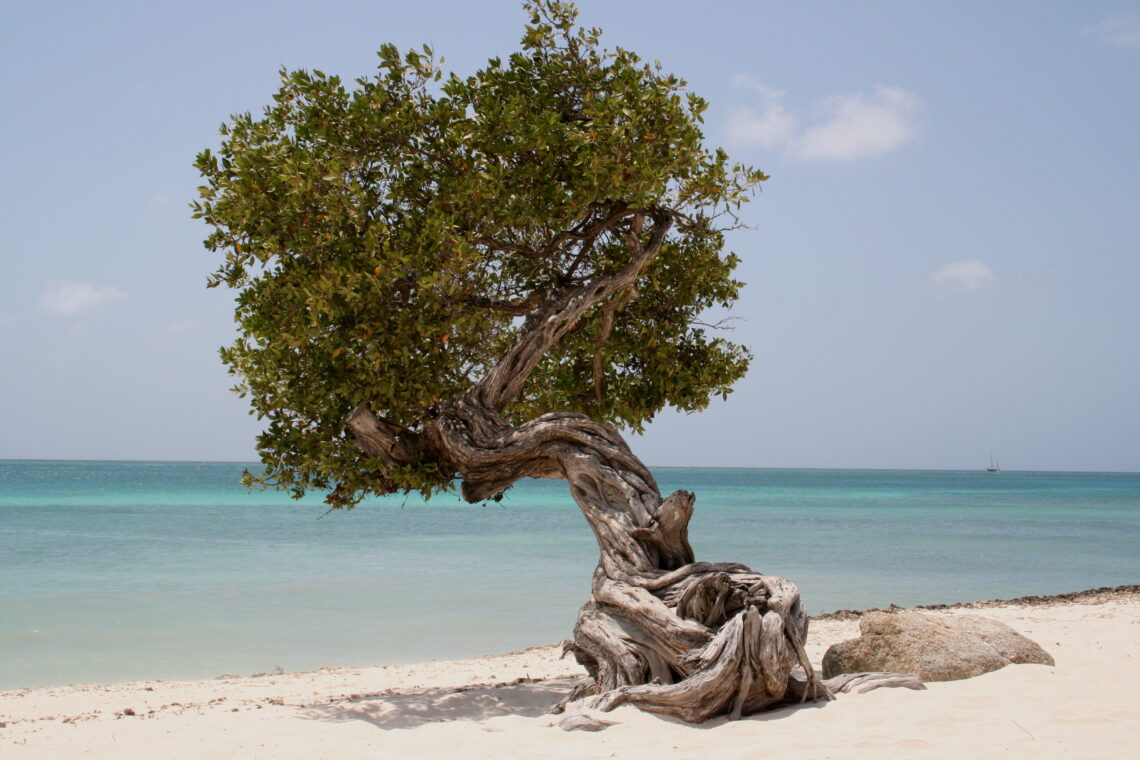 In the Netherlands spring has yet to arrive when I board a plane at Schiphol Airport to fly to Aruba, in the sunny part of the Kingdom of the Netherlands. Unfortunately, the departure takes a liitle longer than planned. Shortly before departure, a “technical defect” is detected on the aircraft and it takes a while before that defect is resolved. We are allowed off the plane to have something to eat, and instead of half past three we only leave at half past four. Dutch carrier KLM flies from Amsterdam to Sint Maarten to Aruba and back to Amsterdam on this route, so before arriving in Aruba we will first make a stopover on the windward island of Sint Maarten.

The flight to Sint Maarten takes eight hours. I spend that time as always with some reading, watching a movie and eating. Landing and departing on Sint Maarten is an experience in itself: on arrival you almost think you will be landing in the Caribbean Sea, if only at the last minute the wheels turn out to touch solid ground. And on departure, the pilot not only has to go up at a sharp angle, but also in a bend to the right so as not to fly into a mountain at the end of the short runway…

After the stopover in Sint Maarten, it’s another hour and a half to Aruba. It is well past midnight Dutch time when we land at Reina Beatrix International Airport in Aruba, 10:30 p.m. local time. When I get outside it feels like I’m stepping into an oven. The tropical wind is blowing like a warm hair dryer. For now, I just want to sleep.

The next morning after breakfast, I go out to explore Oranjestad. The center of Aruba’s capital is limited to a few blocks around the harbor. Along the harbor is the busy L.G. Smith Boulevard, the main road from the airport to the major hotels on the other side of Oranjestad. A little further on is the parliament building of Aruba, which is a country within the Kingdom of the Netherlands since 1986. The parliament is located in a modest building, where the Dutch and Aruban flags flutter side by side. Via the Oranjestraat I walk to Fort Zoutman, a small fortress with a (later built) striking tower: the Koning Willem III tower. At the end of Oranjestraat you arrive at Caya Betico Croes, the shopping street of Oranjestad, which – especially for American tourists – is indicated on the signs as Main Street.

In Caya Betico Croes you can still find some local shops, but the square at the end of the street, in the Havenstraat and in the kitschy Royal Plaza Mall are mainly expensive chain stores: Louis Vuitton, Cartier, Ralph Lauren, Gucci , Armani and so on. All aimed at the eager American cruise tourists, just as everything here is aimed at the tourists, who enter Oranjestad directly from the gigantic cruise ships in the harbor. Everything here in Aruba revolves around sun, beach, nightlife and casinos. Even the Dutch-Caribbean architectural style of many buildings in the center of Oranjestad is intended for tourists: you will hardly find really old buildings here anymore. Due to this touristy nature, Oranjestad is hardly authentic. Thanks to the omnipresent English and the advertisements of Pizza Hut and Wendy’s, it almost feels like you’re in the USA.

When I return to the hotel after my walk through Oranjestad, I relax for an hour on a lounger by the pool, where clouds and the wind (which always blows here) make the high temperature bearable.

The next morning I rent a car to go and explore the island outside Oranjestad. It’s still quite cloudy, but during the day most of the clouds will disappear. From Oranjestad I drive in a southeasterly direction, past the airport towards San Nicolas. There is not much to see along the way. Although San Nicolas is second on the island in terms of population, there is little to do. It all looks a bit dilapidated, many buildings are empty or have the shutters closed. On the outskirts of San Nicolas is the oil refinery of Valero. A small road then leads further to the southeastern tip of the island. The landscape here is largely barren. There are a few sunbathers on a small beach, aptly called Baby Beach, but otherwise this is clearly the least visited part of Aruba.

When I drive on, the paved road ends and I have to continue on a dirt road. I don’t know if I’m driving in the right direction and there are no signs anywhere except for small signs with “National Park” and an arrow. That must refer to Arikok National Park, a rugged area that covers about one-fifth of the island. The road, or rather: the unpaved path is bad and full of holes, which I can barely avoid with my rental car. The landscape is rough and barren, with only a few cacti and a few goats here and there. A glance at the fuel gauge makes me a little worried: it’s completely deserted here, I don’t know how far it is back to civilization and the fuel gauge indicates that my tank is almost empty… Fortunately, the meter turns out to be less reliable than I fear. I make it to the next gas station on time.

Via Santa Cruz I drive back to Oranjestad, and then down the L.G. Smith Boulevard towards the western part of the island. Here are the so-called ‘high rise hotels’, the beach resorts where by far the most tourists stay. This is also where the most beautiful beaches are located, with names such as Surfside Beach, Eagle Beach and the inevitable Palm Beach. Here too it becomes clear that in Aruba everything revolves around tourism. I stop several times to take pictures, including some of ‘dividivis’: trees whose tops have been blown in one direction by the wind. They are the symbol of Aruba and make for beautiful pictures with the white beach and the azure blue sea in the background.

Next I drive to the California Lighthouse, at the very tip of the island and from there I drive back to Oranjestad. After I have returned the rental car I spend the rest of the day relaxing and reading by the pool.

The next day is a relaxing day – as it should on a Caribbean island. On a bed at the beach I lie under the palm trees, have a swim in the clear blue water and fetch something to eat in the open air restaurant. In the afternoon a group of six flamingos come walking down the beach. Bright orange birds on much too long thin legs. They are used to people. Although I mostly keep to the shade all day (you know: where you think the sun doesn’t come), I get quite burned anyway. Apparently you get burned here even without being in the sun…

My flight back to the Netherlands only leaves the next day at 9:30 p.m.. Because I’ve pretty much seen Aruba, I’m not heading out anymore. I spend the day at the edge of the swimming pool of the hotel, have an American pizza in the Italian restaurant across the street, before heading back to the airport. The return flight goes directly to Amsterdam and takes ‘only’ eight and a half hours. A slight jet lag is the modest price I have to pay for spending a couple of days in Aruba. Too touristy a place for my taste, but a nice and relaxed trip anyway. 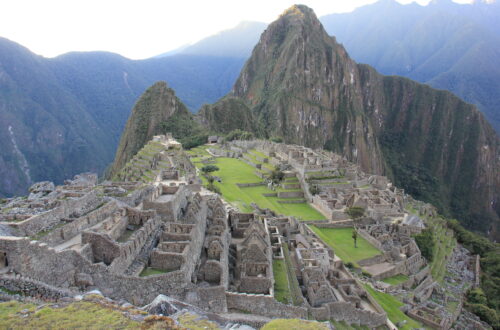 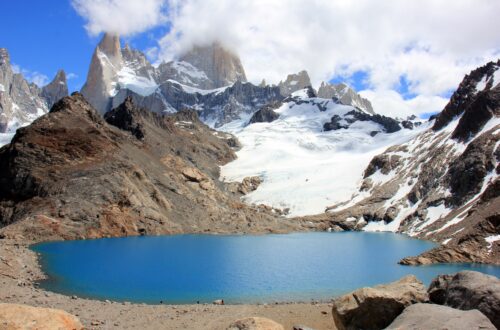 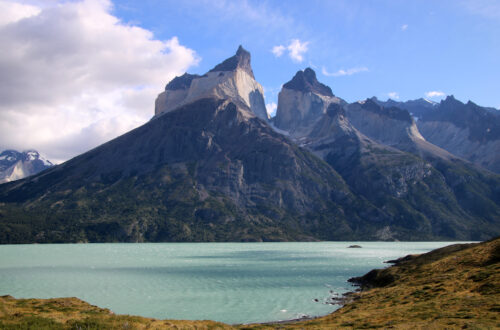