On a July morning we leave home fora trip to Normandy, France. We drive via Rotterdam – Breda – Antwerp – Ghent – ​​Bruges – Calais – Abbeville – Neufchatel and Fécamp to Yport, a small village on the Channel coast. It’s a 600 kilometer journey, which takes us seven hours. We are going camping and set up the tent at a camping near Yport.

The next day is Quatorze Juillet and therefore a holiday for the French. The weather is beautiful and after breakfast, we drive to the village, where we explore the cliffs and the boats on the beach and then we look for a spot on the (pebble) beach for a relaxing afternoon.

The weather is just as night the following day, when we climb the cliffs at Etretat. The rocky cliffs at this small coastal town are truly beautiful and the chalk cliff arches formed by erosion are impressive. We enjoy the view on top of both famous cliffs, after which we return to our campsite.

We leave Yport and drive to Honfleur. The route leads us over the modern Pont de Normandie, a huge bridge. Honfleur is a picturesque harbor town. When we drive via Caen and Bayeux to Arromanches, it rains almost continuously. And it’s not much better when we arrive at the campsite in Arromanches.

We visit Bayeux from Arromanches the next day. A nice town, where we first check out the Muséum Mémorial de la Bataille de Normandie. It’s a bit disappointing; lots of photos and newspaper clippings, but not really a clear story about D-day. We also visit Le Tapisserie, a medieval tapestry about the conquest of England by William the Conqueror. To me personally it’s not very interesting.

Next we visit the Commonwealth Cemetery, where more than 2,100 fallen soldiers are buried. Quite impressive. After dinner we walk to the beach of Arromanches, where the remains of the artificial harbor of the Allies can be seen. With what we know from the travel guide and from the internet, this gives a nice picture of how things must have gone in 1944.

The next day we drive along the eastern landing beaches, where the British and Canadians landed in 1944: Sword, Juno and Gold. We visit the Pegasus Bridge at Bénouville, drive to Merville, but decide not to visit the bunker (now a museum) there, and then drive back to Arromanches via Ouistreham and a series of coastal towns. Along the way we stop at the various beaches and the main monuments placed there.

On Saturday we first drive to the battery at Longues-sur-Mer, part of the German Atlantic Wall, which has been nicely preserved. Along the coast we drive to Courville-sur-Mer, where we visit the American cemetery. A vast field with white crosses, beautifully situated on a cliff above Omaha beach, where more than 10,000 (!) American soldiers are buried. Very impressive.

The next stop is Pointe du Hoc, where American soldiers had to climb the rocks tens of meters high while it was defended by the Germans. Here too, remains of – heavily bombed – German positions and – of course – a monument. Because ‘the other side of the story’ also deserves attention, we then visit the German cemetery at La Cambe. This one is much more sober than the American one. The more than 21,000 (!) fallen soldiers lie here in pairs under a small gray tombstone. After this we drive back to the coast, via Vierville (monument) to Omaha Beach.

About 60 kilometers west of Arromanches is Utah beach. A series monuments, a tank, a landing craft, ‘Czech hedgehogs’, a souvenir shop and a bar-cum-museum-cum-internet café (Le Roosevelt) can be found here. After walking along the beach for a while, we drive towards Ste Mère-Eglise. The only ‘attraction’ here is the doll that hangs from the church tower and is supposed to represent paratrooper John Steel, who hung just like that on June 6, 1944.

On the second last day of our trip we go to see the 360-degree film Le prix de la liberté. Beautiful images of the region combined with impressive images from the war. Like you’re in the middle of it. Well worth it. On Thursday we pack our things and drive back home. When we get there, we have driven more than 2,000 kilometers, but above all we’ve had a nice, interesting holiday! 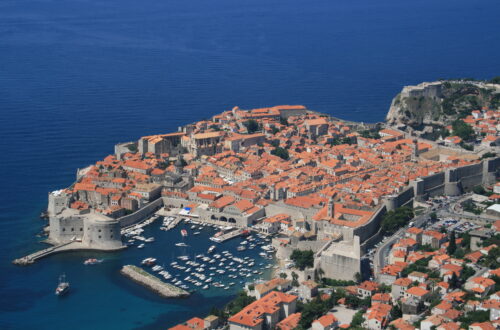 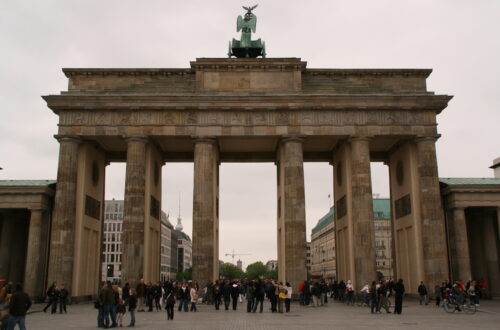 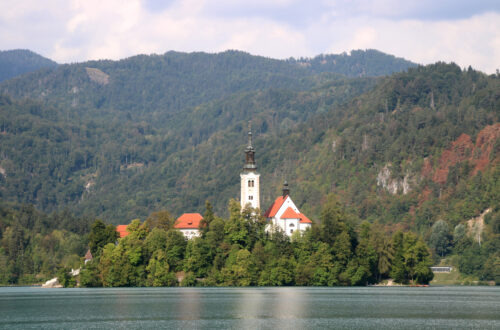