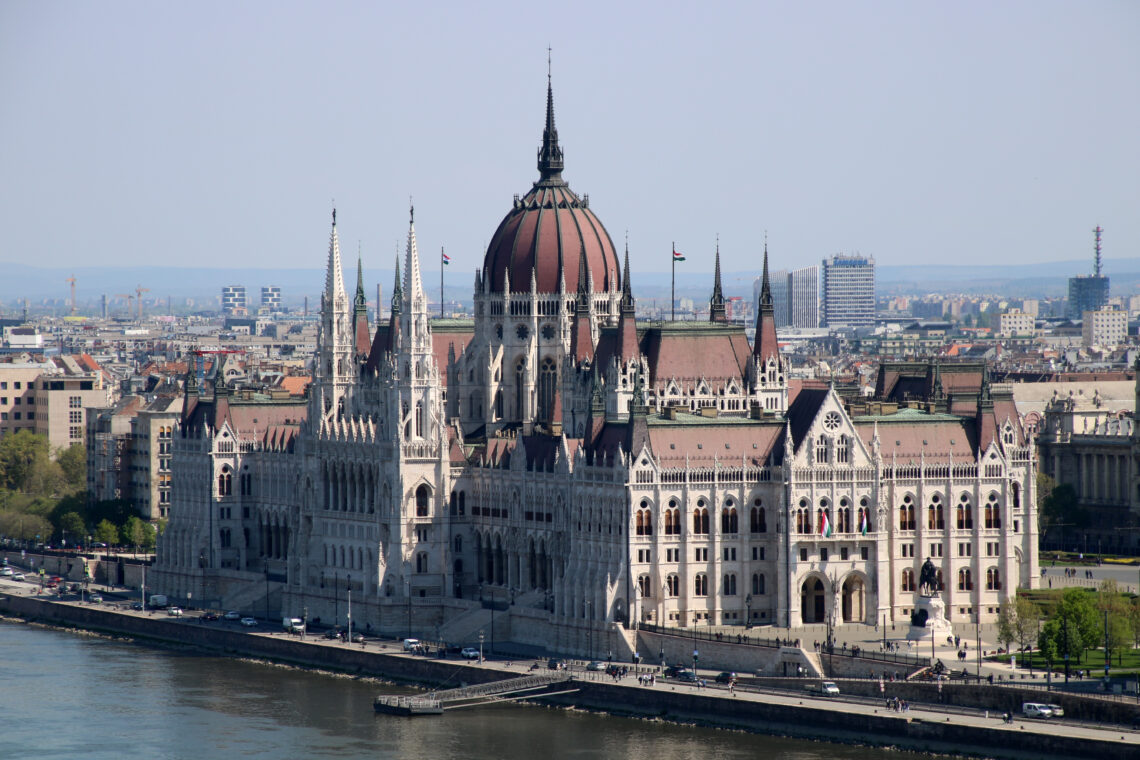 The cities of Buda and Pest were merged into the Hungarian capital of Budapest in 1873, but today they still feel like two separate worlds. Historic Buda is hilly, with pastel-colored houses, an eighteenth-century palace and sweeping views of the Danube river. Cosmopolitan Pest is flat, with grand mansions, bustling squares and the impressive parliament building.

After a flight of just over an hour and a half I land at Ferenc Liszt International Airport, just outside the Hungarian capital. The shuttle bus 100E takes me to the city center in half an hour. The bus passes suburbs with Soviet-era flats and old buildings with graffiti. The surroundings are not immediately recognizable as typically Hungarian, except for the Hungarian texts on the billboards. And as in many places, well-known global brands such as McDonalds, Shell, Lidl and H&M have also made their appearance here.

My visit to Budapest starts at Deác Ferenc tér, the main square that is also an important bus, tram and metro hub. On my first afternoon in Budapest, I explore the Belváros district. Here you will find the car-free shopping street Váci utca, where you should not forget to look up at the beautiful facades above the shops. Halászlány-kút or Fishergirl statue stands in a side street.

I walk down Váci utca to Vörösmarty tér and then down a side street towards the Danube. Between the Széchenyi lánchid (the famous Chain Bridge, which unfortunately is currently under renovation and therefore not very photogenic) and the white Erzébet Hid (Elizabeth Bridge, built in 1964) runs the Duna Korzó, a pedestrian promenade. Here, overlooking the Danube, stands the Pesti Vigadó, the nineteenth-century concert hall, which was rebuilt after the Second World War. From the Duna Korzó you have a nice view over the river, with Várhegy (Castle Hill) and Gellért-hegy (Gellért Hill) on the other side. Yellow trams run up and down along the riverbank.

From the Duna Korzó I walk to the Erzsébetváros district. This district mainly consists of drab buildings, but at the same time it’s very lively because of the countless restaurants, where every world cuisine seems to be represented. Also striking is the street art, which gives color to the gray facades. As in many places in Budapest, you can find so-called ‘romkocsma’ (ruin pubs) here as well, empty and dilapidated buildings that were transformed into hip pop-up drinking places at the beginning of this century. Szimpla Kert is the best known of these (it was also the first). There are also vacant lots where food trucks are now located and which are attractively furnished with tables and colored lights.

I start my second day in Budapest at the elongated Liszt Ferenc tér, where the Liszt Music Academy, built in 1907 in the Art Nouveau style, is located. I walk along the Andrássy út, a wide road, which, because of the beautiful architecture of the buildings on both sides, has been given Unesco World Heritage status. Because of the stately facades and the many trees along the street, Andrássy út reminds of the Champs Elysées in Paris.

On Andrássy út is the Hungarian State Opera House built in 1894 in Renaissance style. The facade is richly decorated with statues of famous classical composers. Near the southern tip of Andrássy út is the Szent Istvan Bazilica (St. Stephen’s Basilica), an impressively large building, the construction of which took no less than half a century.

From the square in front of the basilica I walk a bit to the north, to another square: Szabadság tér. On one end of this green park square, which also houses the stately (and highly secured) building of the National Bank of Hungary, is a monument to the army of the Soviet Union. The other end features a controversial anti-fascist monument, erected in 2014. Opponents of this monument, which was initiated by Prime Minister Orbán, see it as a pro-fascist monument that ignores the fact that Hungary sided with Nazi Germany in World War II. In protest, opponents have created their own counter-monument in front of the official one.

A stone’s throw from Szabadság tér, on Kossuth Lajos tér, stands Budapest’s most iconic building: the Parliament Building, dating from 1885. It wouldn’t be very strange if you thought that the 270-meter-long building was a huge cathedral or a palace. The impressive building is richly decorated with spires and statues of historical figures.

In the afternoon I walk down the Andrássy út in the other direction. Along the street are grand mansions, which now house embassies and banks. The Andrássy út ends (or begins, depending on how you look at it) at Hösök tér (Heroes Square). This is the largest square in Budapest with the Ezeréves Emlékmú or Millenary Monument built in 1896 in the middle. Behind the high central column are two colonnades with statues of heroes from Hungarian history.

The square is located at the entrance to Városliget (Pest City Park). In addition to a zoo and thermal baths, you will also find Vajdhunyad here, a castle-cum-palace built in 1896. Opposite the palace is a somewhat obscure statue of Anonymous, which depicts the anonymous writer.

Lipótváros is a neighborhood that in terms of appearance is not inferior to London, Paris or Madrid. At the same time, it doesn’t feel “typically Hungarian” either. The streetscape is reminiscent of many other cities. You see the same cars, there are modern buses and trams, there are countless restaurants, pubs, bakeries and coffee shops (including well-known chains such as Starbucks), and here too you have shared bicycles and electric scooters, which are so popular everywhere these days.

On day three of my city trip I exchange Pest for Buda. I take the tram to the other side of the Danube river and walk towards Várhegy (Castle Hill). Entering historic Várhegy through the Bécsi kapu (Vienna Gate) is like entering another city. The gate opens onto a small square with a church, pastel houses and on your right the large building of the National Archives. The narrow streets are still quiet at the beginning of the morning, very different from bustling Pest.

All of Várhegy is on the UNESCO World Heritage List, but perhaps the most beautiful spot is Halászbástya, the Fisherman’s Bastion. The bastion, built largely of white stone and with its characteristic round towers, looks like a medieval fortification. In reality, it is a lookout point built in 1905 on the old fortress wall. And it was meant as a lookout point for good reason: as well as being very photogenic itself, Fisherman’s Bastion also offers fantastic views over the Danube and Pest on the other side of the river.

The Fisherman’s Bastion ends at Szentháromság tér, where the Gothic Matthias Church stands. Further south, near Sándor Palace, the office of the Hungarian prime minister, construction and renovation is in full swing. At the very southern tip of Castle Hill is the former Royal Palace, built in 1686. The vast complex now houses the Hungarian National Gallery, the Castle Museum and the National Library.

At the foot of Castle Hill is Várkert Bazár (Castle Garden Bazar), a recently newly landscaped park with a number of classical palaces, now housing galleries and restaurants. Across the modern white Erzébet Hid I walk back to the east bank of the Danube, where I end my visit to Budapest on a terrace. In the afternoon I take bus 100E back to the airport. The Hungarian capital Budapest has made a surprisingly positive impression. It’s a beautiful city and a great destination for a city trip. 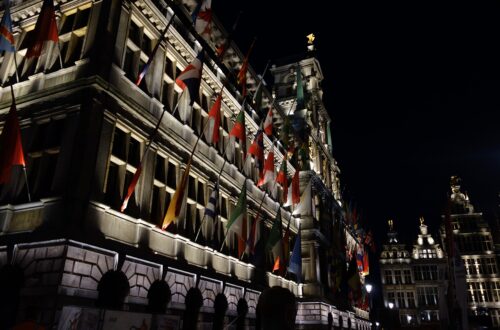 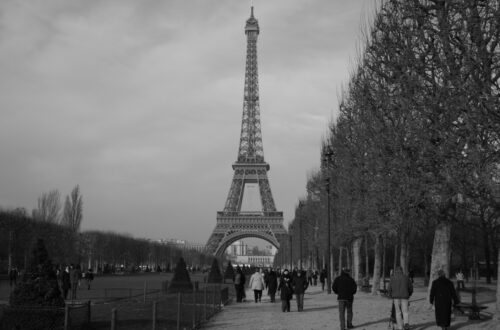 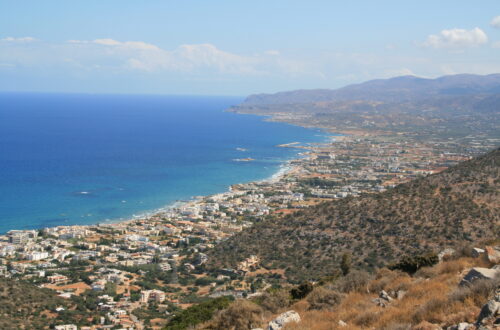