On Friday afternoon we leave The Netherlands for Sri Lanka, the island off the coast of India. After a flicht of more than ten hours, including a transfer in Amman, Jordan, we arrive at Colombo airport on Saturday morning local time. We are staying in Negombo, half an hour drive north of Colombo.

Despite the time difference, we are going sightseeing in Colombo the same day. The city tour is okay, but we’re rushed past the sights a bit too fast in my opinion. Meanwhile, it’s sweltering hot. Every time you get off the bus or exit your hotel room, it’s like stepping into an oven. What is also striking is the chaotic traffic – Sri Lankans drive like crazy and honk all the time – and the rather messy appearance of the streets. Lots of people, stalls, cars, tuk-tuks, bad road surface, old, poorly maintained houses and buildings, trash along the road, lots of stray dogs.

During the city tour we visit a Buddhist and Hindu temple, the Galle Face Green (a kind of boulevard along the ocean), the Independence Commemoration Hall, the Dutch Wolvendaal Church and some more sights.

Day two I spend relaxing in the sun, under the palms, with a large swimming pool within reach. In the evening we make a nice (but not really spectacular) boat trip through the lagoon of Ranweli, after which we have dinner with a local family. They have turned a roof of bamboo leaves on poles into a kind of dining facility, where they serve a buffet of local (especially fish) recipes. I have to say, not bad at all!

The next morning at breakfast (in the covered, but otherwise open dining room of the hotel) a huge rain shower pours down. It’s the start of a day with a lot of rain. We leave Negombo and first drive to an elephant orphanage in Pinawela. After lunch we continue to Habarana. The route leads through the beautiful landscape of Sri Lanka. Rice fields are interspersed with palm groves, pineapple plantations and villages, where the amount of multi-coloured advertising stands out in particular. A stark contrast to the dilapidated buildings they hang from. There is quite a bit of rain on the way, which is remarkable, because it usually doesn’t rain for very long here.

After this journey (we cover about 175 km today) we arrive in Dambulla. Here are the famous rock temples. In five ‘halls’, inside the rocks, there are several dozen Buddha statues. The walls and ceilings of the rocks are painted and the images are highlighted in the dim spaces. A very nice sight and beautiful statues. The largest one is a fourty meter long reclining Buddha, carved from the rock.

When we arrive in Habarana early evening, it’s still raining. Hopefully tomorrow, when we go to Polonnaruwa, it will be a bit better.

Yesterday’s rain has given way to beautiful, sunny weather. That’s good, because Polonnaruwa is on the program for today. This former capital (from the time when Sri Lanka was still a kingdom) consists of the remains of the old citadel with the ruins of various temples and stupas. Beautiful to see, very impressive. It reminds me of Ayutaya, a former capital of Thailand, where such ruins can also be found. It’s sweltering hot.

In the afternoon we do a jeep safari in a nature reserve. Apart from some elephants we don’t see any animals. Halfway through, the sky darkens and ominous clouds gather above us. It is the start of a thunderstorm that lasts the rest of the evening. The roof of the jeep is leaking on all sides and the road (better: the path) is occasionally completely flooded (not to mention all the bumps, potholes and puddles we have to go through).

The next day, like the day before, the weather is beautiful again this morning. It seems to be beautiful in the morning and cloudy/rainy in the afternoon. After Polonnaruwa we are visiting the second highlight of this trip, both literally and figuratively: the lion rock of Sigiriya. Surrounding the rock are (the excavations of) old gardens, which must have been beautifully landscaped once. On top of the rock was the palace of the then king of Sri Lanka.

You can climb up the 150 meters high rock by stairs, right along the vertical facade of the rock. Thank goodness it’s on the shady side of the rock, because in full sun the climb would have been impossible. In the shade with some wind it’s fine. Half way up the climb is a cave with 1500 year old frescoes. This, but also the entire climb, the imposing rock and the great view make it an impressive plcace to visit.

After Sigiriya we drive to Kandy. On the way we have lunch at a spice garden, where we also get a tour and explanation. Everything that has a medicinal effect is grown here: from aloe vera to cloves. These form the basis of the Ayurveda medicine, which is widely used in Sri Lanka. In the evening we attend a performance by Kandian dancers, where at the end there is also a firewalking demonstration. Next, we go to the famous Temple of the Tooth, where a tooth of Buddha is said to be kept. This is pretty much the holiest of holy places for Buddhist Sri Lankans. You don’t get to see the tooth itself, but the place where it is kept and the temple itself is also very nice to see.

The next morning a gems museum and a botanical garden are on the program. Not things that really get me excited, so I decide to do an alternative program. I let the bus drop me off at the edge of the town, which is not very big and therefore easy to see on foot. I walk leasurely through Kandy. Busy streets where they sell all kinds of things: from toys to clothing to car parts. I am amazed that there are always five or ten of the same shops next to each other. Ten shops with fruit next to each other, five shops with car parts next to each other, eight jewelers and so on. Okay, at least you know where to go if you need anything, but they all sell the same and you pay the same everywhere. They have a strange idea of ​​competition here…

There are hardly any tourists in the streets and therefore I get all the attention from the Sri Lankans who want to sell me all kinds of stuff. I walk along Kandy Lake with the Temple of the Tooth near it. And I visit the local market. A two-storey building with a courtyard garden and galleries selling many spices, fruits, rice, fish and meat. Around noon I have a tuk-tuk (actually: trishaw) take me back to the hotel, where I spend the afternoon relaxing.

The next morning we leave Kandy. The first part of the journey we travel by train. The journey takes 45 minutes and the train is packed (because it is also used by local Sri Lankans), so sitting is not an option. I think the idea behind the ride is to get an impression of what a train ride in Sri Lanka is like, because otherwise there is little to see.

Then we continue by bus. On the way we visit a tea processing factory. The bus journey leads right through the mountains that dominate the central part of Sri Lanka. The view is really beautiful. It is very green and trees, conifers, palm trees and banana trees are interspersed with many tea plantations, which cover entire mountain slopes. Views, waterfalls, mountain peaks shrouded in mist and clouds and countless hairpin bends, this ride has it all.

We have lunch en route and continue to Nuwara Eliya. This town is at an altitude of 1,800 meters. After Nuwara Eliya it,s a two hour drive to Bandarawela, where we spend the night.

The next day we have a long drive from Bandarawela to Unawatuna. Along the way we stop a few times to take photos of the beautiful surroundings. The first hour the landscape is still mountainous, then we return to the flat part of the island and drive towards the coast. The temperature has reached tropical values again. At the southernmost tip of the island we stop at a beautiful large Buddha statue and a little later, just as the sun sets, we meet a Sri Lankan who is ‘stilt fishing’ (that is, hanging from a pole above the water). With the sunset, this provides a wonderfully beautiful picture.

In Unawatuna we stay at a ‘beach resort’ (which is of course located directly on the beach), with an open restaurant looking out over the bay. Magnificent. The resort is located on a crescent-shaped bay with palm trees, boats and on the right a stupa on top of a hill. The weather is sunny (and warm), so everything is like you would expect from a tropical beach resort. I spend the next two days relaxing on the beach and by the pool, reading a little, sleeping a little, eating, chatting, swimming, eating again…

After two days of relaxing we visit Galle. This town is about ten kilometers from Unawatuna and was once an important city for the Dutch East Indies Company (VOC). Of course we visit the old fort, which was initially built by the Portuguese, but was taken over and expanded by the Dutch and has since been known as the ‘Dutch Fort’. A real piece of Dutch history in Sri Lanka. Above the main entrance of the fort is the logo of the VOC. From the fortress walls you have a beautiful view over the Indian Ocean. Within the fortress are mainly houses from the Portuguese period, but also the house of the Dutch governor and the oldest Protestant church in Sri Lanka, founded by the Dutch.

On the second last day we make a boat trip on Lake Koggola. It’s relaxing, but nothing spectacular. We stopped by a family that grows cinnamon and watched them take the cinnamon off the branches (cinnamon is the skin under the bark of the branch) and visited a turtle sanctuary (or was it a nursery?).

The last day we spend at the beach resort in Unawatuna. At midnight we leave for the airport of Colombo, which is more than three hours’ drive. It’s early morning when we leave Sri Lanka. One minute you’re booking a holiday to Sri Lanka and you’re looking forward to it for weeks, and the next minute it’s already over… 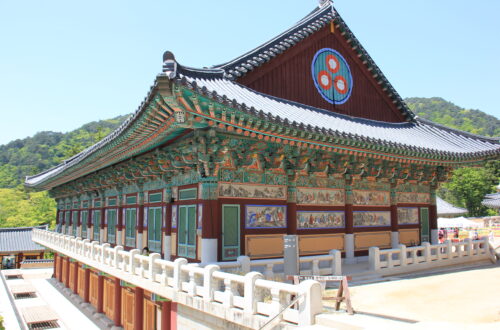 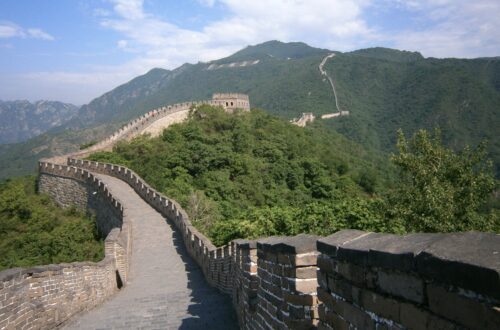 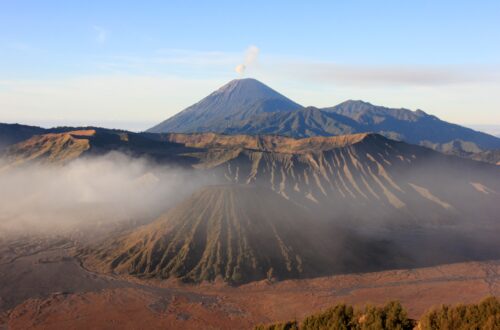